Modern ship technology is inconceivable without automation systems. In many cases, the requirements are similar to those in the industry: recording, evaluating and monitoring a constantly growing number of signals; then converting the results into control commands within a defined time. On a ship, automation faces additional, very specific requirements: Space is usually even more limited than on land. In addition, the cables must be routed through countless steel bulkheads, which in an emergency must not only protect against smoke and fire, but also against water penetration. Any intervention in the cabling here is time-consuming and costly. The flexibility of a system must therefore come from the system itself – a classic task for fully integrated automation systems such as Weidmüller u-remote. Couplers for all common network protocols such as Profibus, Profinet, EtherCat, Modbus TCP, EtherNet/IP, DeviceNet, CANopen, CC-Link, IE TSN and POWERLINK facilitate its integration into existing systems.

Up to 64 I/O modules can be connected to one coupler, such as the UR20-FBC-IEC61162-450. A web server integrated in the fieldbus coupler allows easy and fast checking of the system status or analysis of diagnostic messages – on-site via the integrated service interface or remotely via network access. Input states can also be simulated and outputs forced via the web server. Features that speed up the commissioning of systems and reduce the risk of installation errors to a minimum. u-remote does not require any special software for this, only a standard browser. In addition to facilitating section-by-section commissioning, this also speeds up service in the event of an unplanned shutdown or scheduled maintenance work. In addition, status displays on the couplers and the individual modules provide information about the operating status and possible malfunctions directly on site. Here, the components from u-remote score points with a temperature range from -20 °C to +60 °C. They can withstand humidity of up to 95 %, vibrations of up to 4 g and high-energy electromagnetic fields without influencing other devices by emitting too much radiation.

Industrial operating conditions are already tough on land; they are even tougher at sea. At the same time, the demands on availability are even higher. The failure of a system on land costs money; at sea it may cost lives. Moreover, spare parts are not as easy to obtain as on land. This is why the industry has set its own standards and regulations. u-remote already has eleven different maritime approvals such as the international classification societies DNV/GL (formerly Det Norske Veritas and Germanischer Lloyd), Bureau Veritas (BV), Lloyds Register (LR), Registro Italiano Navale (RINA) and American Bureau of Shipping (ABS) certify that the robust components can be used in this demanding environment. It covers almost all areas on a ship, including the ship’s bridge, for which particularly high requirements apply. After all, the technology must not affect such sensitive devices as a compass.

Incidentally, users on land also benefit from this. Industries that have to take extreme environmental conditions into account, e.g. crane manufacturers, also like to rely on the aforementioned certificates because they ensure the highest quality.

From Westphalia to the Mississippi

The applications for ocean-going technology are therefore far more diverse than one might think, be it in highly automated cargo ships, be it in wind farms. But sometimes automation also helps to make quite traditional technologies fit for the 21st century. A particularly good example are the paddle steamers already mentioned, which have been an important means of transport on the great rivers of the southern states since Marc Twain’s time.

This tradition has been preserved until today. The “American Duchess” is a prime example. Built in 1995, the Southern beauty was acquired a good twenty years later by the American Queen Steamboat Company, an operator of classic cruises on the Mississippi, Ohio, Tennessee, Cumberland and Illinois rivers. On 14 August 2017, the paddlewheel ship was christened the American Duchess in style with a bottle of bourbon. The floating hotel offers all the amenities of a river cruise with some two-storey suites ranging from 17 to 50 square metres. Exquisite cuisine, dance and show events are naturally part of the programme.

Before this mission on the legendary “Old Man River”, the ship, which is a good 100 metres long, had to be completely renovated. The suites, halls and of course the entire infrastructure require first-class air conditioning.

Gooiland Elektro from Hilversum took care of that. The Dutch company was founded in 1980 and specialises in HVAC solutions (Heating, Ventilation and Air-Conditioning) for commercial and private shipping. In addition, there are orders from the oil, gas and wind energy sectors. Gooiland Elektro implements automation solutions of all kinds, but air conditioning is the main focus. The Dutch use a wide range of u-remote components for this.

For the American Duchess, the client wanted a control system that was both reliable and economical. A SPOF (single point of failure / component of a technical system whose failure results in the failure of the entire system) was not acceptable. The system should also be clearly structured and testable and parameterisable without special software. This was achieved through u-remote’s web servers. The entire system has a redundant structure with two independent controllers and an Ethernet ring. Nevertheless, clever multiple use means that there are no more components than necessary. A total of 14 u-remote fieldbus couplers are installed, which integrate temperature and pressure sensors, alarm inputs and the corresponding digital, analogue and control outputs into the system. In addition, there are controls for the exhaust fans. Thus, passengers and crew enjoy the atmosphere of a traditional paddle steamer with the technical comfort of the very latest design. 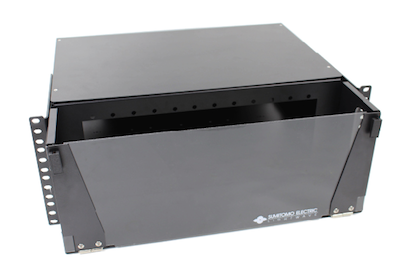 The PrecisionFlex™ Fixed Patch Panels from Sumitomo Electric Lightwave is ideal for data centers and other telecom applications. 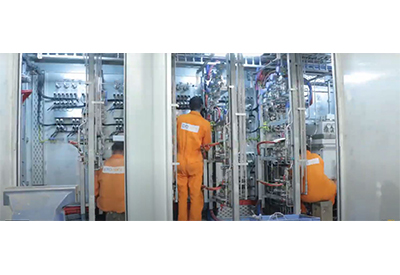 Proserv design, manufacture, supply and install various types of wellhead control panels (WHCP) for the control, monitoring and safety of oil and gas production wells. All their systems are built in line with customer specifications and international standards. Proserv specialise in single, multi, PLC-based, solar powered and self-contained WHCP which meet the highest standards of safety, performance and reliability. 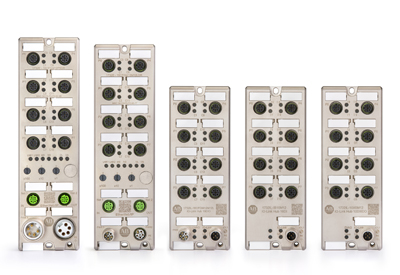 Manufacturers can now realize the design and productivity benefits of On-Machine I/O modules on smart machines used in harsh applications. The new Allen-Bradley ArmorBlock I/O modules can operate in a wide range of temperatures and offer up to IP69K protection in applications like automotive, material handling, packaging and welding. 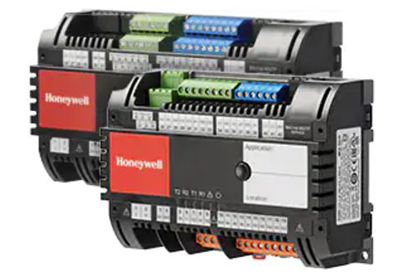 Cut energy costs and drive new levels of functionality and efficiency with the Honeywell Spyder® Model 5 family of unitary controllers. Scalable to meet the needs of any application, they deliver flexible, freely programmable, demand-led control. The essence of Spyder Model 5 controllers is speed and flexibility. 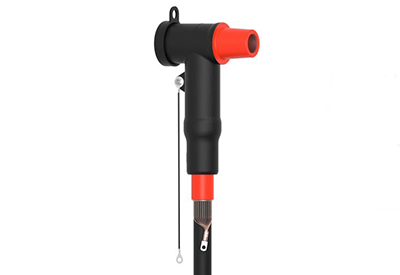 TE Connectivity has launched its Raychem smart RSTI-VS separable connector with voltage sensor, which can be used for grid monitoring and advanced earth fault and short circuit detection in IEC markets. Together with grid monitoring devices such as Kries’ IKI-50, distribution network operators can deploy condition monitoring, advanced fault detection and failure prediction in their networks. 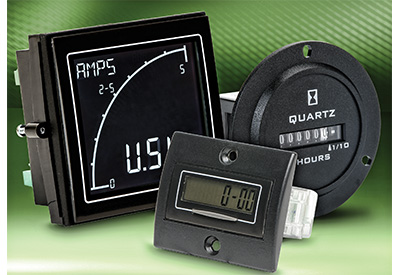 AutomationDirect has added new current, rate, process, and temperature meters to their Trumeter ADM series of graphical panel meters. These panel meters feature a programmable 40-segment curved bar graph display that provides an instant visual representation of an analog meter. In addition, they have a large 4-digit readout, dynamic backlight color, customizable messages, and alarms to alert operators when a parameter is out of range.