FANUC America, a major supplier of CNCs, robotics, and ROBOMACHINEs will demonstrate a variety of robot and cobot solutions at The Assembly Show, Oct. 26-28, in Rosemont, IL in booth #731.

FANUC’s family of 4-axis SCARA robots has grown to include the SR-3iA, SR-6iA, SR-12iA, and new SR-20iA models with 3kg, 6kg, 12kg and 20kg payload capacities, and a 400mm – 1100mm reach, respectively.  FANUC’s SCARA robots are designed to help customers increase productivity in a number of industries including consumer goods, batteries and other auto components, plastics, lab automation, appliances and medical devices.

The small SR-3iA and SR-6iA SCARAs have a compact footprint and space-saving design for maximum efficiency.   In addition, the SR-3iA/H and SR-6iA/H are 3-axis variants that provide strong performance and an affordable alternative to small linear slide products.  The higher-payload SR-12iA and SR-20iA robots provide flexibility with a large vertical stroke, and an Environmental Option for harsh conditions.  All of FANUC’s SCARA robots provide excellent robot motion, speed and precision.

Powered by the R-30iB Compact Plus controller, FANUC’s SCARAs have the same intelligence and reliability that’s available on all FANUC robots, including integrated iRVision®, conveyor tracking (iRPickTool), and most other software options.  FANUC’s SCARA iRProgrammer user interface makes it easy to setup and program the robot on a Tablet or PC (Teach Pendant is optional).

At the show, FANUC’s latest SR-20iA SCARA robot will assemble battery packs with screws.  The demonstration shows the SR-20iA’s ability to handle heavy parts in a wide operating area at high speeds.

In a second SCARA demonstration, a FANUC SR-3iA picks randomly oriented parts from a moving circular disc and places them onto a conveyor at high speeds. Visual Circular Tracking combined with FANUC iRVision and iRPickTool software enables the robot to quickly track, locate, pick and place the parts with the highest precision.

FANUC’s CRX cobot is an easy-to-use and flexible solution for a variety of applications, including inspection, palletizing, packing, welding and more.   Built-in sensors on each axis can allow the CRX cobot to work safely alongside people without the need for expensive guarding.  In addition, the CRX can operate for eight years maintenance-free, which is a game-changer for companies looking to lower costs and maximize productivity.

At the show, a FANUC CRX-10iA/L equipped with an iRVision 3DV/200 vision sensor will demonstrate case palletizing.  The CRX will use the 3DV sensor to find a box, pick it up from one pallet and place it on another pallet.

A third CRX cobot will be available for visitors to try its easy hand guidance and tablet programming features.

The CRX collaborative robot offers the same high level of performance that all FANUC products are known for including the latest technologies and world-renowned reliability.  It supports several of FANUC’s advanced features including iRVision, and is a perfect fit for any application where collaborative robots can help customers achieve higher efficiencies.  Also, interactive programming enables users to teach points using hand guidance or a new tablet interface with drag and drop icons. Click here to watch the FANUC CRX in a wide range of applications.

An LR Mate 200iD/7C robot, ideal for clean room and food environments will assemble small electronic medical devices (fingertip pulse oximeters).  First, the robot uses iRVision to pick plastic top covers and place them onto the bottom housing in an assembly fixture.  A robot-mounted FANUC FS-15iA force sensor is used to push and pull the assembly as a quality check.  Once the devices are assembled, the parts are disassembled and the process repeats.

The popular LR Mate 200iD series of tabletop industrial robots offer a “best in class” work envelope for both upright and invert mount installations. Ten models include clean room and wash proof versions, each with various wrist speeds and reaches to accommodate even the most limited workspace.  Since the LR Mate series was launched nearly 30 years ago, it has become one of FANUC’s biggest sellers, with over 70,000 units installed across the globe.

FANUC will participate in two technology workshops including: 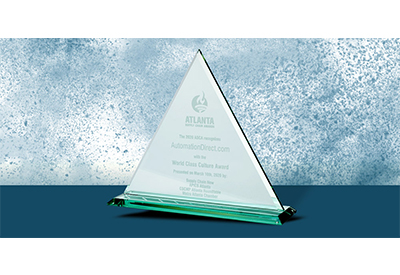 AutomationDirect was recently honored with the 2020 Atlanta Supply Chain World Class Culture Award. This award honors a company in the Metro Atlanta area that has an empowering culture internally for team members, a leadership approach that engages the entire organization in a forward-thinking way, and a commitment to engaging and giving back to the community and the industry in which they serve. 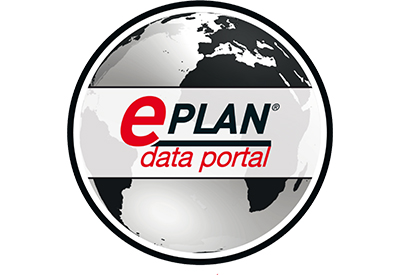 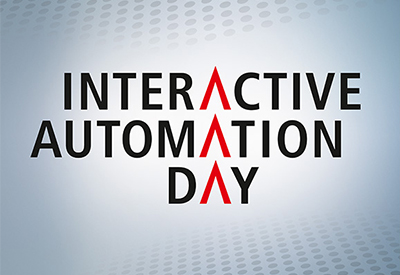 Beckhoff cordially invites you to an Interactive Automation Day, the presentation program to accompany the Hannover Messe Digital Edition on April 12, 2021. 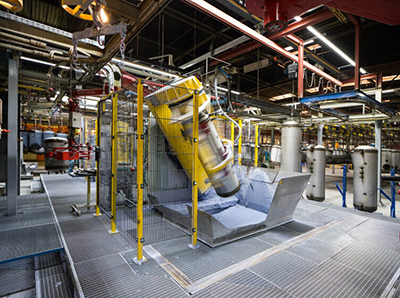 54 plants are to be modernised, to upgrade Vaillant’s production of hot water storage cylinders to state-of-the-art electrical and safety technology. 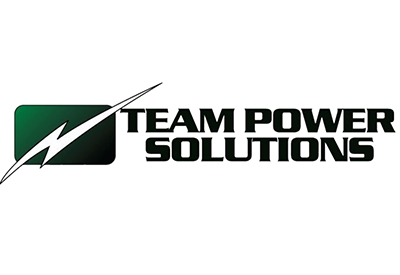 Team Power Solutions from Saskatoon, Saskatchewan has recently become a  new  member  of  our Solution Partner program. Authorized Solution Partners have been carefully selected as  part  of  an initiative to market Phoenix Contact’s innovations and capabilities in the  field of  Industrial  Automation and Industry 4.0.

Mersen is embarking, alongside Jean-Louis Etienne and the Polar Pod’s scientific crew, on an extraordinary human and scientific endeavor that will contribute to our understanding of the relationship between the atmosphere and our oceans and the fight against climate change.